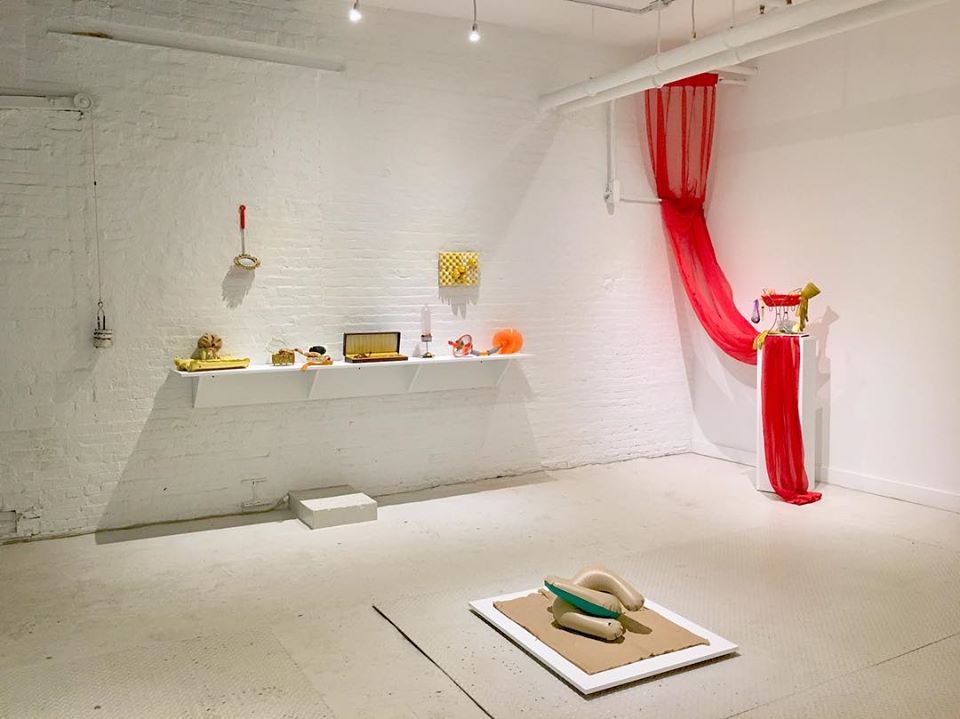 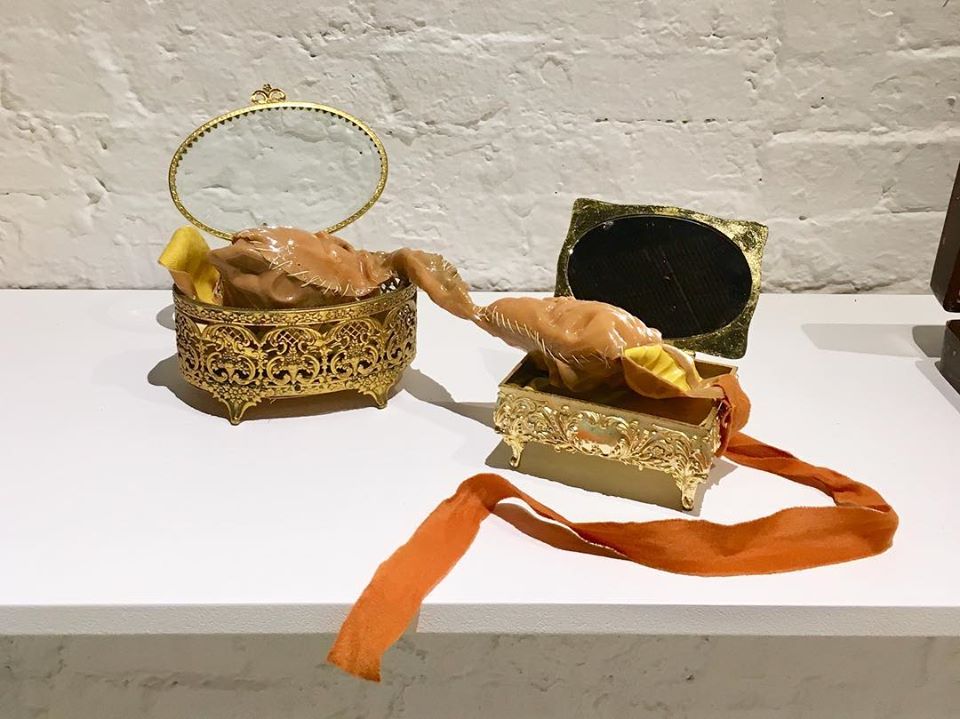 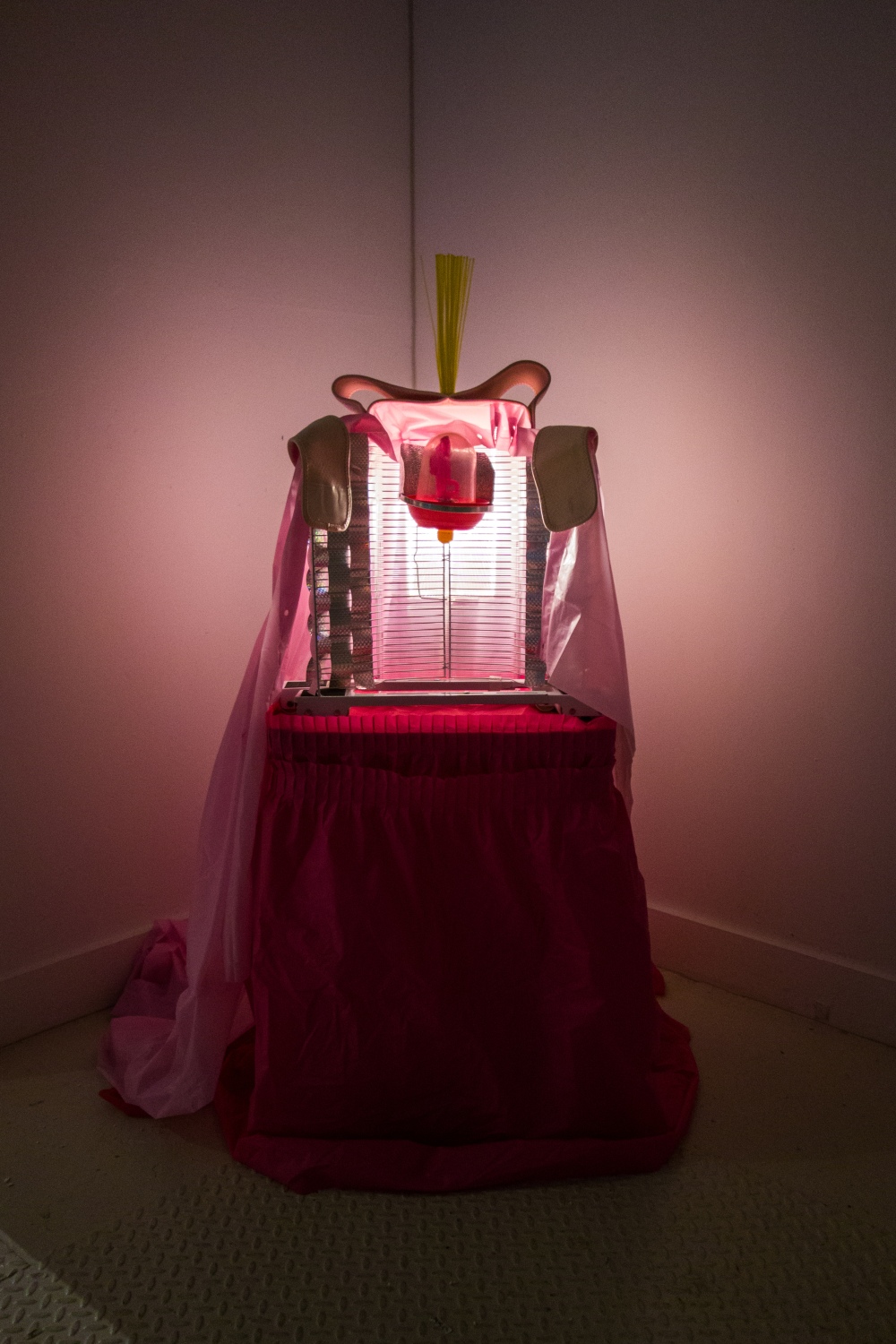 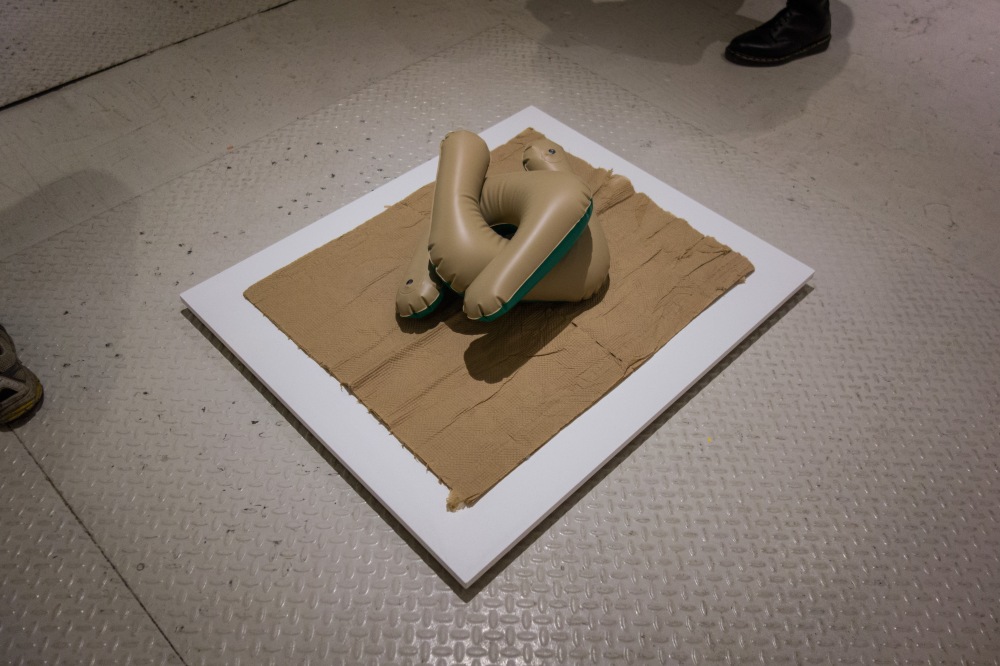 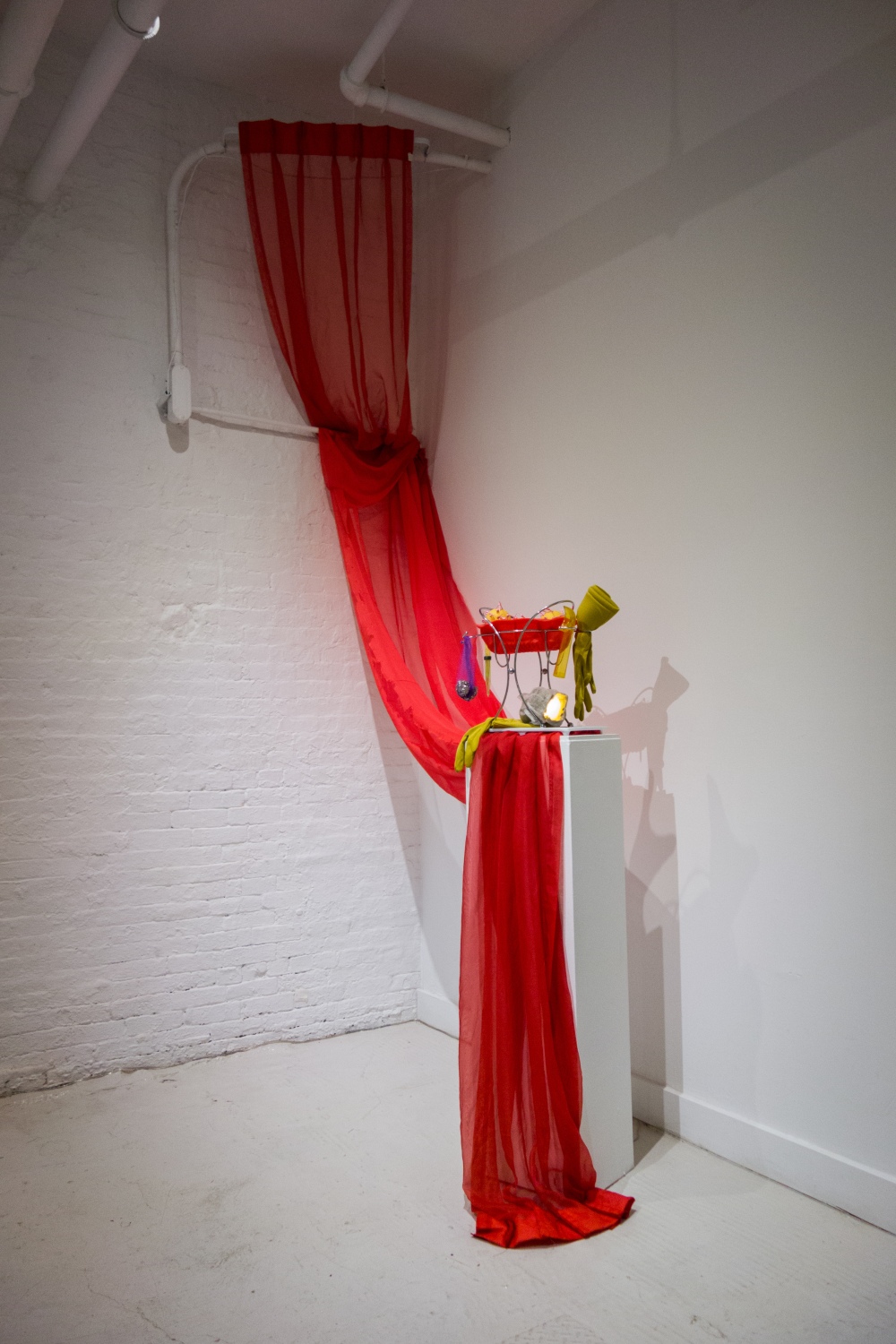 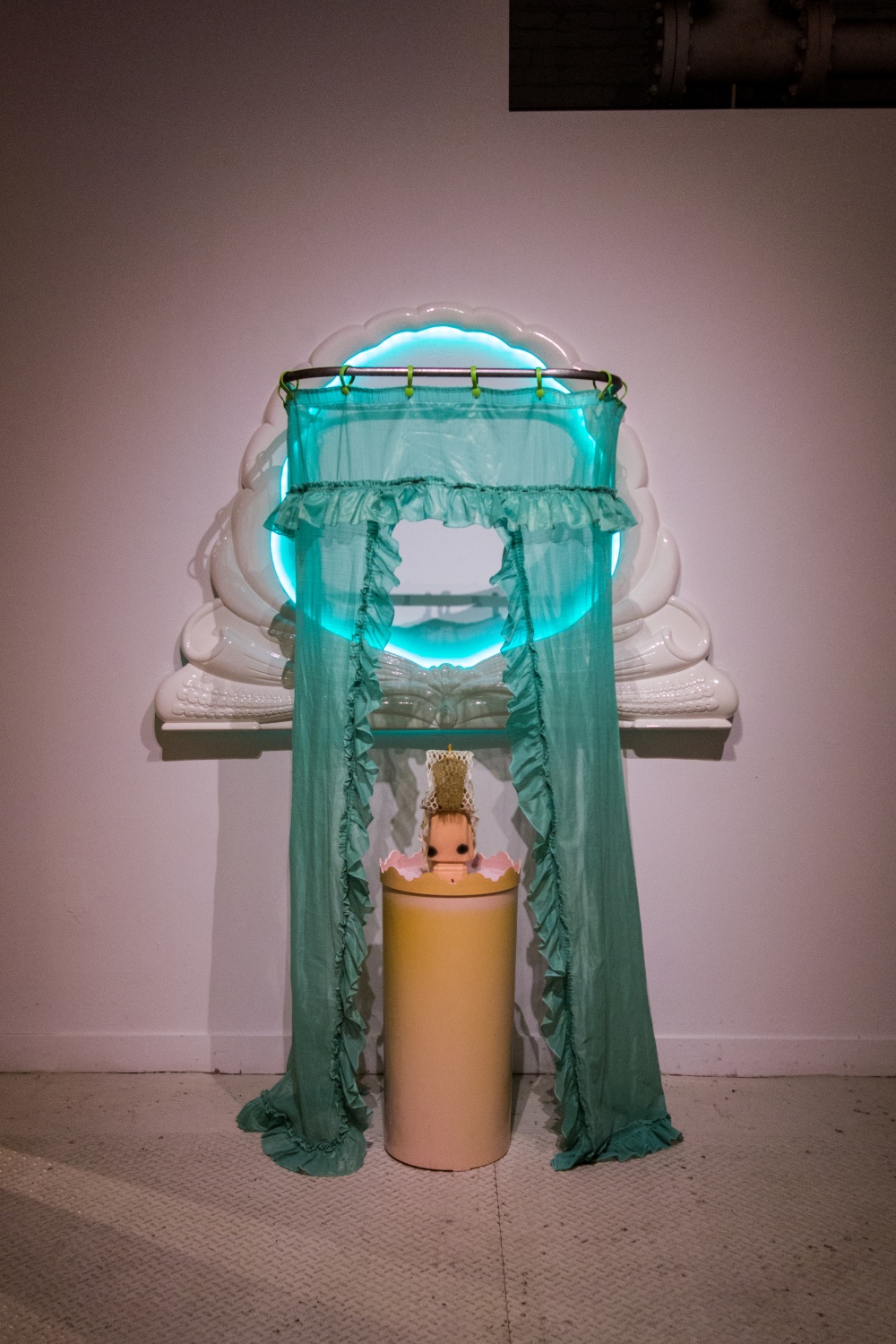 “With the murky rationale of dreams, Tatiana Klusak’s work oscillates between familiar and foreign, logical and absurd. She collects items from thrift shops and antique stores, with an eye for kitschy aesthetics and synthetic materials—children’s toys, plastic décor, vintage fabric—and manipulates and arranges them into bizarre assemblages. While some of the works vaguely hint at their origins, others distort utilitarian objects until they become entirely alien.

Creating a shifting sense of reality and troubling our concept of time is central to Klusak’s practice. Influences such as “70s and 80s representations of gothic horror stories, blatant sexual innuendo in American films and music videos, and modern renditions of Victorian era objects” appeal to her as they both recall the past and disrupt linear history. This warped, dream-like understanding of time is at the very heart of her work, informing her material choices. As Klusak describes, ‘The objects I collect for these assemblages are personal, each one selected because it feels like a fabricated memory I could have had, or maybe had, or wish was mine.’

A self-imposed devoutness and obsession with heaven that occupied Klusak’s childhood resurfaces in her current work. These colorful and enigmatic sculptures often appear to be strange objects of worship. While some act as “pseudo-religious” shrines and reliquaries, others recall theatrical props and backdrops. Presented together in I’ll tell you when you’re older, they might be articles from a stage set, a church altar, or a childhood bedroom—divergent spaces unified by their status as private or sacred, and marked by themes of performance, ritual, and display. Klusak’s mysterious assemblages seem to belong to that realm of worlds unto themselves, part of, yet apart from, our own.”

-Scout Hutchinson, on Klusak’s solo show, “I’ll tell you when you’re older” for High Five Arts at the Distillery Gallery in Boston, MA